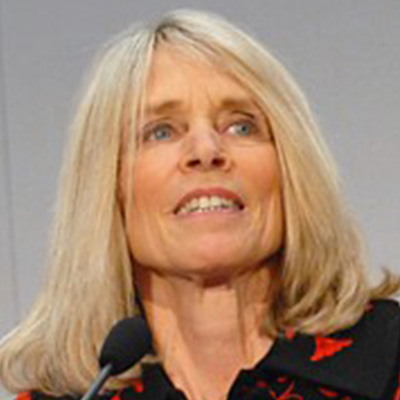 “Entrepreneurs who start out with a vision of or what they think their organisation would be, have actually had to morph that many different times in response to the many triggers or signals that they are getting from multiple stakeholders. They really are almost people who are putting down the tracks as the train is coming. And that ability to be flexible and to have your ear to the different stakeholders and at the same time remain very entrenched in your vision is very, key”

Listen to this unique podcast interview with one of the biggest proponents of Social Entrepreneurs engaging the ecosystem to change the world â Dr Pamela Hartigan. Pamela was also the founding managing director of the Schwab Foundation for Social Entrepreneurship, and has led the sector to greater visibility across stakeholders.

Shivraj: Pamela, thank you so much for speaking to the Khemka Forum on Social Entrepreneurship.

Pamela: Delighted to do so…

Shivraj: Pamela, You have been leading this sector a good number of years, what do you see as the most exciting aspect of the entire sector and what do you think the challenges are at this very moment?

Pamela: I think the most interesting is….I won’t call this a sector number one, it is I think more about an approach and a practice that can be mainstreamed across many sectors. I think what we are beginning to see, which is very exciting, is how the corporate sector, the business sector is beginning to understand how it needs to rethink the way it does business and its learning from the pioneers in this field but also absorbing those lessons into their own structure and transforming itself. I think one of the things social entrepreneurs have brought to our thinking is that that they are really harbingers of business leaders of business practices of the future. I also think that in the charity sector they are harbingers of the fact that you cannot just depend on charity to really scale but you have to have some sort of viable model that is going to allow you to be able to be self sufficient as you scale and these are all huge challenges because it means transforming mentalities not just among social enterprise but among business, among charities, among governments etc

Shivraj: In your book you have called them unreasonable people and have witnessed so many success stories, what do these successful entities have to do to achieve that transformational change?

Pamela: You know if I had to rewrite that book, I would call them unreasonable teams, because while it does take a leader to provide the initial vision. As I said these organisations morph as they are addressing the problem because they have to if they are going to be successful and what I have learned is that its not one individual, it is a team of people who are infected by a vision for what can be and their mission is to infect everybody else. And so I would say that the unreasonable people are the ones that put that vision out there that everybody seems to think is impossible but manages to actually convince others to that vision and then it becomes like a movement. It’s not one entity, no one person can, I actually think it takes a movement to change the world and that movement is built up through many people coming together.

Shivraj: And Pamela, you have done a lot of work in bringing together this varied ecosystem; initiatives like the Skoll Forum. From your perspective, how important is it for social entrepreneurs to really engage with all sectors of the ecosystem?

Pamela: It really depends on what the entrepreneurs see as their vision for their um, theory of change or their vision on how big they want to grow, coz we have to see that not all entrepreneurs want to be huge, many entrepreneurs want to remain in their particular locality and make big difference in that locality, but those who want to engage in massive transformations really do have to look at a whole spectrum of different actors in that space and to be able to engage them and infect them with that vision so that they become part of that change.

Shivraj: So Pamela, what is that one critical moment or that trigger?

Pamela: Perhaps one major I would say one tipping point or maybe even a series of them, but one thing is for sure most entrepreneurs who start out with a vision of or what they think their organisation would be, have actually had to morph that many many many different times in response to the many triggers or signals that they are getting from multiple stakeholders. They really are almost people who are putting down the tracks as the train is coming. And that ability to be flexible and to have your ear to the different stakeholders and at the same time remain very entrenched in your vision is very, key.

Shivraj: That’s where the ecosystem is important, isn’t it?

Pamela: Absolutely, and you cannot do that without building alliances and I think and perhaps I think we have lost track along the way is that we have taken our models for scaling directly from the corporate sector. When we look at the way the large publicly traded corporate companies they have to basically amass as much market share as they can in order to get a good return for their shareholders and and having their brand being dominant in the world and so the organisation becomes the real unit of analysis. But in the kind of work social entrepreneurs do they are trying to address a problem and that problem is so complex no one organisation is going to grow to huge size to actually address that problem. It has to be a very different model, they need to focus on the issue and not so much on the organisation and that means they have a completely different unit of analysis that is looking at the problem which needs to be transformed through alliances, through leverage etc. So I think we are understanding why social problems to be addressed effectively the ecosystem is fundamental whereas for businesses that ecosystem has existed because you look at the financial markets, we have all kinds of organisations that services businesses whether it is consulting firms, whether it is accounting firms, whether whatever, that whole area there where a whole lot of organisations are there to services the financial system and that’s where we are desperately needing to build those kind of supporters for the social change system.

Shivraj: And finally Dr Hartigan what are the many milestones and check points in this space that you can recall?

Pamela: I think getting this on a global platform for people again to really understand the potential that these organisations have is definitely one. I think that has been extremely important in my experience as Managing Director of the Schwab Foundation, you know, bringing these kinds of example to large gatherings like that at Davos in the World Economic Forum and having CEOs wake up and go WOW! This is just amazing what people are doing, that kind of a global platform was absolutely fundamental. But also what you all are doing at the Khemka gathering is also fundamental because you can be known worldwide and not be known in your own country and this would happen again and again and again and I still even today had an example of an entrepreneur known worldwide but in her native Peru nobody has heard of her. So what national entities could do to showcase their own examples of entrepreneurship and of course India is just replete with these examples of probably the most and the greatest of these examples is by having we say would be in India where true innovators have emerged that bring both of these spheres together. I think that is a very critical job.

Shivraj: Ok Pamela, thank you so much for speaking to the Khemka Forum on Social Entrepreneurship

Pamela: Ok, thank you, you are welcome and good luck with the Forum