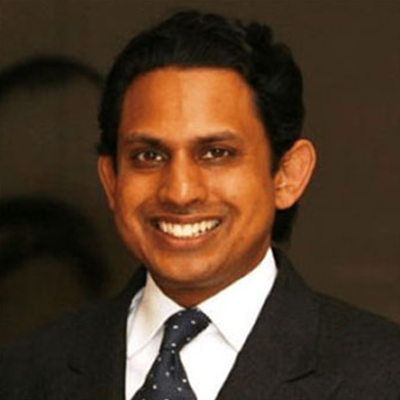 Uday is Vice Chairman of the SUN Group, and is Managing Trustee of his family’s charitable trusts, the Nand & Jeet Khemka Foundation and the Nabha Foundation. He is on the advisory and governing boards of business schools in Europe and in Asia, and on the investment committees and boards of trustees of investment funds in the US, Europe and Asia. After working as a banker at Credit Suisse First Boston and Morgan Stanley, he returned to his family’s business where he has helped build and lead the Group’s Asset Management, Private Equity and Venture Capital business in India, Russia, Europe and the US. He has also led SUN’s entry into the Indian real estate and information technology sectors. In addition, he is deeply involved in the Group’s brewing, natural resource and energy sector activities.

Uday has taken an active role in building his family’s diverse philanthropic activities. Uday’s community interests include his founding and chairmanship of Youthreach, a New Delhi based non-profit organization founded in 1997. The vision of Youthreach is to inspire individual and collective transformation to create positive social change. It aims to build awareness in people and institutions on critical issues and to provide opportunities for significant participation in response to community and ecological needs. Youthreach seeks to harness the power of the private sector to empower charitable and NGO organisations across India. In this respect Youthreach today is partnered with and provides resources to over 75 non-profit organizations nationally focused on family and children’s issues and the environment.

©2021 All rights reserved | Powered by GigaSoft™