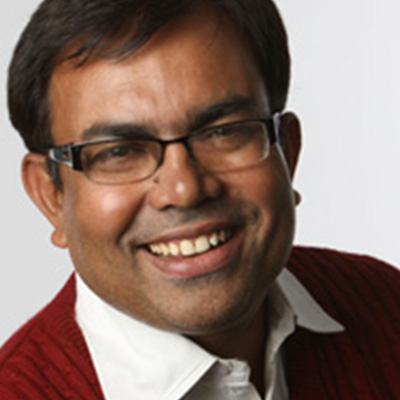 Listen to this podcast interview with the leading voice on the informal sector worker Arbind Singh from the Nidan.

Shivraj: Mr Arbind Singh, thank very much for speaking to the Khemka Forum on Social Entrepreneurship.

Arbind Singh: Thank you very much for having me here.

Shivraj: Arbind, You’ve been receiving recognition not just in India but also globally as an Informal Sector development activist, what does this mean now for Nidan and for you?

Shivraj: The Skoll Forum, they talked about how you made such a huge impact among large communities in the north and east of India, how do you plan to scale up, any new initiatives to take this massive inclusive growth exercise beyond these confines?

Arbind Singh: We are already expanding in areas where we did not have a presence, for example Uttarakhand and Uttar Pradesh, central Bihar also in western India and also in southern India. Our method of expanding to different areas is that we first identify the communities with which we will work and then we start dialogue with the communities and we see what and how much leadership exists in the community and then we try to build the leadership. So not only in India even outside, for example a bunch of enthusiasts from USA they have begun the process of setting up Nidan USA. And then within our team there are people now who want to work in Africa. This recognition not only gives confidence it also validates the model, it also reinforces our work at the ground level. Also we are using a lot of IT based methods like you know websites, for example we have started a new initiative called Labour Connect. It is a web based portal linking informal sector workers with formal employment and also with middle class employers. More and more now we are going to use technology for easy expansion, even for deepening our programs wherever they exist we are now focussing more on the use of IT.

Shivraj: At the centre of your innovation and entrepreneurship has also always been great social mobilization, so how important is that for Social Entrepreneurs wanting to make a difference and yet maintain a profitable model?

Arbind Singh: Social mobilization is important because I believe a leader is one who enables others to become leaders and right from the beginning NIdan always believed that let a hundred flowers bloom, so in that process we have been developing different institutions. For any social enterprise I believe that social mobilization is important because the communities have to be at the forefront, the people have to be at the forefront and we should remember that it’s about change in people, it’s about change in systems; it’s about change in processes. So without people if we as the external agents keep driving, I don’t think so it will be sustainable, it might appear profitable in the short run, but in the long run I don’t think so it will have an everlasting impact on the lives of the people.

Arbind Singh: I will just share our experience. You know we have right from the beginning always kept our revenue source very broad based. For any of the programs which we have undertaken, we have not remained dependent on one kind of revenue source. I will give you one example, waste management with the waste pickers. Now we don’t depend only on our usual charges from the households you know, we also take money or take projects on contract, so a lot of money comes from municipal bodies, also with PSUs (public sector undertakings) also from housekeeping, so our revenue source remains very broad based. So if something happens in one source then there are other sources to offset the problems. Another example would be like microfinance, the whole sector of microfinance was in huge crisis and still the crisis looms large but we had you know along with our microfinance program we have also promoted community based thrift and credit cooperatives, these thrift and credit cooperatives all through the crisis phase managed to mobilise more savings amongst its members, so all the people who are associated with us, never faced problems because of the microfinance crisis because these thrift and credit cooperatives came forward and they provided them loans. You know even in microfinance we promoted a large number of self-help groups and these self-help groups are being linked with banks. So if the revenue source is broad based then there is no threat, you know if something happens and we don’t know what will happen with the global economy and fast changing economy and very unstable policy involvement, macro-involvement. So financing source has to be very broad based and also we should look for local sources rather than depending on very far away based external capital, like a local bank or local financial institution, they are of great use. A lot of our vehicles are financed by these local financial institutions.

Shivraj: And how important is it to partner with different arms of the state executive, legislature and even sometimes the judiciary?

Arbind Singh: Since as you talked about social mobilization is an important part and informal sector issues are very difficult and very problematic so we need to partner with all the three wings of the state. I give you one example of the help from the judiciary; we have been campaigning since the last two or three years for a central law for street vendors and the ministry has been saying that the parliament is not capable of making a central law because it is a local subject and we were getting little tired, but by then we had gone to the Supreme Court and the Supreme Court ruled that if the government is serious about protecting the fundamental rights of street vendors then it must enact a law, so that came as a boost and then we took it up very aggressively and then finally the law ministry also agreed and then the attorney general and so on and soon we hope it will become an act in the parliament. So there are many laws that we have advocated in the past like the Social Security Act for the informal workers and there the legislature played a very important role. But along with the legislative and the judiciary we also need executive because our work becomes sustained and becomes scalable only when the executive steps in and also provides us funds and an administrative ecosystem for better functioning of such projects.

Shivraj: And finally Arbind, what are the 5 key things social entrepreneurs must do to organize communities to achieve this kind of mobilization and change?

Arbind Singh: I mean we have to understand why do we do these things, why do we set up the enterprise. As the basic aim is to bring benefit to the community and by bringing benefit to the community we should not limit ourselves to providing service or product to the community, rather we should empower these communities to take their issues forward, to build their institutions and to bring sustainable changes in their lives. So communities’ capacities must be built up to manage their institutions, to become stakeholders, to participate in government, to participate in not only managing their institutions which are growing up or being built but also in the larger wider society. And all these are processes, which if the processes are good then their economic participation will also be good. So all the institutions which we aim to develop, it should not only be concerned about the economy, economy should be a means to bring social change.

Shivraj: Arbind Singh thank you very much for speaking to the Khemka Forum on Social Entrepreneurship.