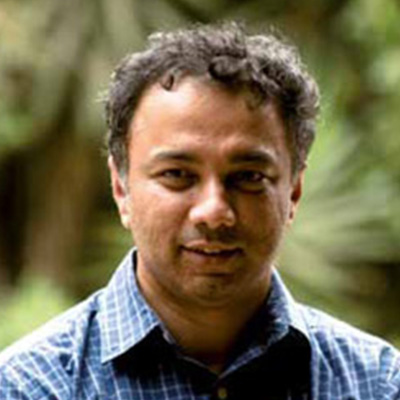 “Share it and you will see you own models being more efficient by other young entrepreneurs with different ideas and then you copy it back and use it. We have actually gained a lot by sharing.”

In this podcast, the second in the series, we speak to Dr. Harish Hande, a thought leader and entrepreneur who is recognised for his contribution to decentralized energy solutions.

Shivraj: Harish Hande, thank you so much for speaking to the Khemka Forum on Social Entrepreneurship.

Harish: Thanks, thanks Shivraj for inviting me here…

Shivraj: Harish, first up, congratulations on the Magsaysay Award, in a sense has the award really opened many doors and given you the visibility and platform to really make your case?

Harish: Yes it has brought the concept of decentralised energy, sustainable energy and poverty alleviation to the forefront. So in some ways I am getting interviews faster than I got it before the awards. Definitely I am going to use or misuse the award (chuckles) for the policy for future entrepreneurs to make it easier for them.

Shivraj: And really from your perspective Harish, it has been a long journey and quite a learning hasn’t it?

Harish: It’s been fascinating and addictive, because once you get into the rural areas and look at the issues and look at the solutions that can be and you have a chance to experiment. These are unknown territories and that’s been the fun part frankly

Shivraj: Harish for you while you were looking at it academically it was different, but when you came back and went to do your ground work, what did it take to really change people and their behaviour to adopt your solutions?

Harish: Well Shivraj the difficulty was having to unlearn all that I had learned, in all my academics. It was not their behaviour but my own thought process that needed to be changed. And that is what I tell the youngsters, it’s not that we need to create awareness, it is our own thought process that needs to change. We are taught in urban settings we are taught in urban classrooms, our classmates are all urban classmates, our thought process is completely urbanised and assumptions of the ecosystem. The first thing is you have to know that you don’t know anything, actually in fact you know negative. And that is where I learnt and said ‘boss, none of the education makes sense’. That changed the thought process completely, then what happened was that the people started working and looking at me as a partner rather than somebody has come and is trying to teach us. The partnership concept that started to happen with the rural villagers was that they started to learn and also started to implement, much much better.

Shivraj: In all your interviews you’ve thrown up an interesting perspective on the rural poor, that the poor can afford services and that you can run profitable businesses serving the poor, so how do you rationalise this with policy makers and influencers who constantly push for subsidising the poor and giving them handouts?

Harish: Just look at the ecosystem completely; the ecosystem might consist of 100 processes. Out of the 100 processes 80 processes don’t need capital or any subsidies. The 20 percent need subsidy and that is where you should focus and create a system and create a foundation but today we blindly put subsidies that are in capital form for reducing the cost of the product, which is not what the country needs. I think that message has got a little bit clearer but in many of the policy makers, but as you know Shivraj in our country the politicians are there for 5 years, corporates look at quarterly results, the short term thinking is what is leading to subsidy also.

Shivraj: And you found a solution, not only to deliver the products to the poor but also equipped them with the financial tools to afford them?

Harish: Don’t look at a pani puri vendor in a way that she needs subsidy. I mean it is also the way we ask questions Shivraj. If you ask a question of a pani puri vendor is 300 rupees expensive she will say, ‘oh baba! It’s very expensive ok’.The next question you ask is how much can you afford?, she will say 100 rupees . But if you ask the question differently, how much can you afford on a daily basis, she will say 10 rupees. Right. This questions how we ask and how we get an answers. We don’t get the right answers and that is why actually create the right subsidies is because we are not looking at the poor as partners, we are looking at the poor as beneficiaries. And that is something we want to chip away. Its a solid rock Shivraj and we need to keep chipping away and hopefully the Magsaysay award is a massive chisel and I will try to chip away the rock..(chuckles)

Shivraj: So Harish, with the Magsaysay award completing the circle, what are your plans for SELCO, do you have a succession plan in place?

Harish: See not many people believe me Shivraj but I hardly run the operations of SELCO, so (laughs) I haven’t been running it for say a year and a half. The plan was very clear for many of us inside SELCO, was that it’s a management team that has actually created SELCO. For good or bad I have got the credit, which is actually unfortunate, the credit actually goes to a lot of the 4, 5, 6 people plus all my employees but I would say they have sacrificed a lot more than I have actually done. SELCO itself is an open source private company. Open source in the sense we want other entrepreneurs to come learn and take it in the field of sustainable energy where we want to replicate not scale up SELCO, but SELCO itself will go deep down into the economic strata but we will replicate, help entrepreneurs come, stay with us, learn and be behind them to raise money for them and let them incubate their own enterprises in different states of the country. And that’s the next stage, looking at 20 to 25 such entrepreneurs who need not go through the 15 years of pain that we have gone through and can do the same thing that we have done in 5 years. For example there are 10 to 14 African entrepreneurs coming end of next month. Come and sit with them and look at how the ideas can be taken to Africa. So that’s the next step for us.

Shivraj: And finally this open source model, being selfless, do you think for social entrepreneurs this is a far more useful approach and makes it a more holistic one?

Harish: I absolutely believe so. I firmly believe Shivraj that people feel that in an open source model any idea can be copied so no point hiding it or doing it…Share it and you will see you own models being more efficient by other young entrepreneurs with different ideas and then you copy it back and use it. For 15 years we have not hid anything, if you go to Yale’s website, the complete 16 years of financials are there on the site of SELCO’s. (Right)All the business models are open, in the sense that we have actually gained a lot by sharing and it is not only about being open but also actually how you keep social, economic and financial sustainability at the same level and that can only happen if you have like minded people irrespective of how much IP you have does not matter, what are the type of people who are going to run with you in the organisation, that’s more important for us.

Shivraj: Harish thank you ever so much for speaking to the Khemka Forum on Social Entrepreneurship.

Harish: Thanks Shivraj, thank you very much.